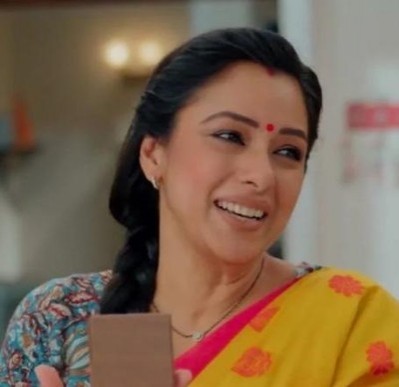 As seen so far, Anuj prepares a sweet dish for Anupama and he feeds her when she returns home.

Anupama shares her problem with Anuj saying that her family will need her more to which he assures his support towards her.

Anuj then asks Anupama to get some sugar and Dahi and he reveals that he has an important meeting today.

Anuj asks Anupama to feed him sweet curd with her hands and also asks Anuj to make a promise that he will soon become the old Anuj Kapadia while he assures that he will work harder.

Anupama and Anuj's date gets interrupted

In the upcoming track, Anupama and Anuj head outside when Kinjal arrives and asks Anupama whether she can accompany her to the doctor.

Anupama: Nazdikiyaan! Anuj restless after Anupama In the up...

Anupama: Anupama and Vanraj bash Toshu for not accepting Kin...

Anupama: Consummation track for Vanraj Kavya to spice up drama

Anupama: Consummation track for Vanraj Kavya to spice up dra...

Anupama: Anupama's return to Shah House as Naukrani or Sethani

Anupama: Anupama's return to Shah House as Naukrani or Setha...

Anupama: Race is about to start! Anupama on the verge to turn Mahaan again

Anupama: Race is about to start! Anupama on the verge to tur...