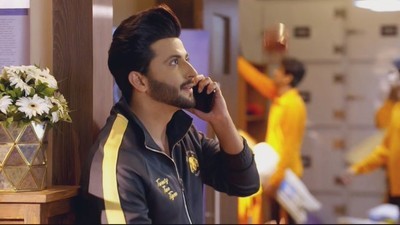 Zee TV's popular show Kundali Bhagya is all set to keep it's audience hooked to the Television screens with its high voltage Drama.

Well the drama is all that we get to see in thr series. The show has been running for years with the same non sense and thr same story line.

It's highly appreciable that neither the audience nor the writers gets tired with the same thing going on for years.

Same Rice and Dal with different side dish

There is nothing new to watch. The same thing again and again but in a new way. It's like eating Dal Chawal but sometimes with Pickle and sometimes with curd.

Well coming to the show, we have recently seen that Prithvi has come back from the jail shamelessly to the Luthra Mansion just to see the egoistic Karan getting bought for fifteen crores.

He gets furious as he feels ignored and frames Karan in Match fixing case. Karan gets arrested where Prithvi meets him and provokes him against Preeta.

He also tells him that Preeta broke ties with him after showing him the video of how Preeta has said that she is saying this as his Business Partner while defending him.

Preeta meets Karan and he gets furious seeing her. He asks her to leave and tells her that he is breaking his ties with her.

Kundali Bhagya: Kritika to regret for trusting Prithvi after catching him with Sherlyn

Kundali Bhagya: Kritika to regret for trusting Prithvi after...

Kundali Bhagya: Prithvi uses Karan's body double to get him ...