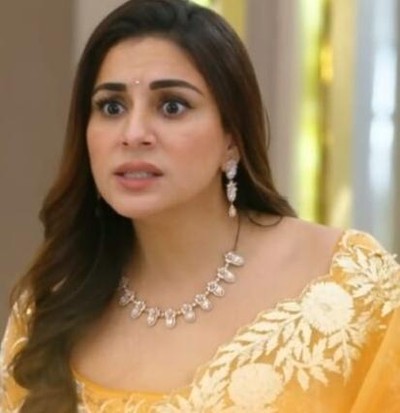 As seen so far, Sandesh meets Prithvi and tells him about someone spying on them.

This leaves Prithvi shocked and he asks him to leave the city and not contact him again.

As they all leave, Preeta manages to spot Sandesh and threatens to tell him that she knows who he is but she wants him to tell her who is the mastermind.

Sandesh doesn't reveal Prithvi's name and says that he is Karan's fan.

Preeta then fools Sandesh by giving him an empty piece of paper while asking him to hand it over to the hoddie guy.

Sandesh throws the paper away, and Prithvi tries to pick it up.

Preeta runs to catch him but he manages to escape.

Later, Preeta stops Prithvi from stepping out of a rickshaw and suspects him of Karan's arrest.

Will Prithvi manage to fool Preeta?