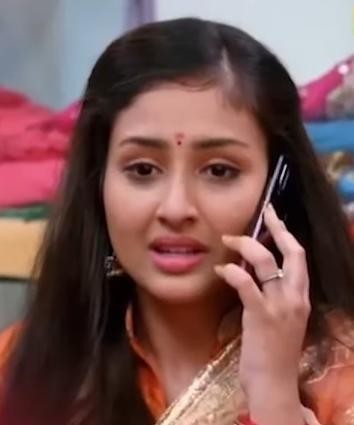 Colors' tv popular show Parineeti is about to showcase some shocking twists in the upcoming track of the show.

As seen so far, Rajeev reaches the venue leaving Parineeti at the mall.

Parineeti tries to find Rajeev but she gets stopped by the manager and gets accused of stealing the dress from the shop.

Pari tries to explain the truth while the manager refuses to listen to her.

The manager then calls the police and humiliates Parineet.

On the other side, Neeti brings Vicky to her engagement party and shows Rajeev's photo to him.

Now in the upcoming track, Parineet calls Vicky for help and tells him that Rajeev left her at the mall.

Vicky rushes to help Parineet and he takes her from the mall to the venue of Neeti's engagement.

Vicky and Parineet will be shocked to see the visual of Rajeev putting the ring on Neeti's finger.

Parineeti: Complex! Big revelation coming up Rajeev to be exposed

Parineeti: Complex! Big revelation coming up Rajeev to be ex...

Parineeti: Parineet gets hopeful to meet Rajeev, shocking revelation ahead

Parineeti: Parineet gets hopeful to meet Rajeev, shocking re...

Parineeti: Vicky loses his cool at Mandeep, Rajeev gets exposed

Parineeti: Vicky loses his cool at Mandeep, Rajeev gets expo...