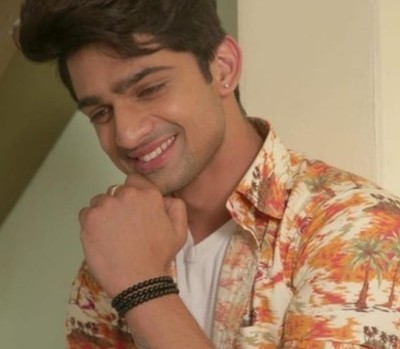 Udaariyaan: OMG! Amrik risks his life to save his Tejo Bhabhi

As seen so far, Tejo's real identity has been revealed and here Angad is afraid of being exposed.

Angad thus plans to end the chapter of Tejo at once.

Soon the show is about to take a major turn in the storyline.

Tejo's life will be in grave danger and Angad will keep her at gunpoint.

Tejo will be shocked to witness Angad's evil side.

Angad will further confess how he had planned to kill her that day which will shock Tejo and she will scream for help.

Amrik to save Tejo's life

Now, Serial Gossip brings to you an interesting spoiler from the show.

It will be Amrik who will rush to save Tejo's life.

As Angad will point the gun at Tejo, Amrik will rush to save her and gets shot.

OMG! Will Amrik die saving Tejo? Or will there be a twist to the story?

Udaariyaan: Tejo reveals the truth about her unborn child to Fateh

Udaariyaan: Tejo reveals the truth about her unborn child to...

Udaariyaan: Tejo lashes out at Fateh and Jasmine for playing with her feelings

Udaariyaan: Tejo lashes out at Fateh and Jasmine for playing...

Udaariyaan: Fatejo's marriage track to speed up on Fan's Hig...

Udaariyaan: No Death Track For Amrik, Fatejo to expose Angad...

Udaariyaan: Tanya confesses that she is Tejo, a twist awaits

Udaariyaan: Tanya confesses that she is Tejo, a twist awaits...

Udaariyaan: Tanya and Fateh go on a coffee date, Lunch date next