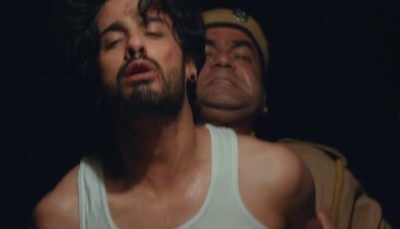 As per the current track, Revati finds the dead body of her son Dev which has been hidden under the ground which leaves her in deep shock.

Revati and her husband will get determined to punish Rudraksh and Preesha for it.

Now in the upcoming track, We will get to see Rudraksh and Preesha facing tough times as Revati will get them arrested.

Revati puts up the proof of having circumstantial evidence that points fingers at Rudraksh and Preesha.

Further, Revati will be seen giving third-degree torture to Rudraksh so that Preesha and her family reveal the truth.

Revati will get her team to beat up Rudraksh and will beat him up badly asking them to reveal the truth about Dev's murder.

Roohi gets emotional seeing Rudra getting beaten up and she gets ready to reveal the truth about that night.

Will will happen next?