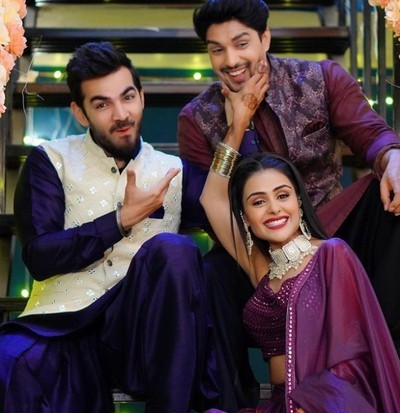 Colors' tv popular show Udaariyaan is about to showcase some high voltage drama in the upcoming track of the show.

As seen so far, Tejo blames Fateh for trying to kill her.

However, she decides to go to Angad's place which puts Fateh in deep worry.

The coming episode will make the audience wonder if Tejo too has a plan in mind to expose Angad with a plan for getting into Angad's house.

Viewers will wonder if Tejo already knew of Angad being responsible for trying to kill her.

Now in the upcoming track, another major death trap is planned by Angad for Tejo.

Angad comes up with a plan to kill Tejo

We saw how Angad had attempted to burn Tejo alive by planning a deadly fire accident.

Now he comes up with another plan to kill Tejo, and this time he will want to be successful in his efforts.

Meanwhile, Amrik will tell his mother about Tejo being alive which will leave her stunned.

What will happen now?

Udaariyaan: Love Realization for Jasmine as Amrik gets shot

Udaariyaan: Love Realization for Jasmine as Amrik gets shot ...