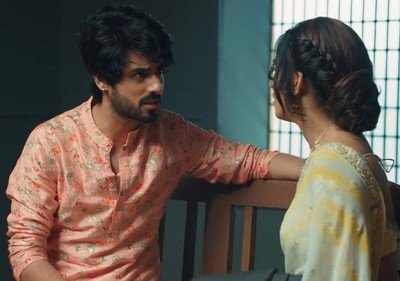 Star Plus's popular show Yeh Hai Chahtein is about to showcase some major drama in the upcoming track of the show.

As seen so far, Preesha and Rudraksh's have their own differences as a couple amid the other problems in their life, which have been created by Yuvraj.

As we know, Rudraksh is angry at Preesha for hiding the fact that Rajeev was killed by Yuvraj.

And now that Revati is sure that Rudraksh is the killer of Dev she has sent him behind bars.

Now in the upcoming track, Preesha will pray to God to help her prove Rudraksh's innocence.

Preesha will soon find out a major hint about Rakesh being involved in the crime.

Further, Preesha will also learn that Rakesh had an extra-marital affair with Nalini.

Preesha will gear up to save her husband from the false accusations and prove him innocent.

It will be interesting to see if Rudraksh and Preesha's relationship will grow stronger with this development.