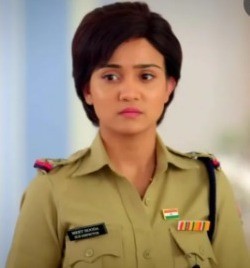 Meet: Meet Hooda on the path of justice

Zee TV's interesting show Meet is up with high drama and action as Meet nears the truth.

It is seen that Meet Hooda plays a smart game and anonymously gets Rajvardhan out on bail.

Further, as Raj learns Meet is boycotted by the family, he gets angry with them.

Moreover, Meet Ahlawat is left speechless as he is questioned about Meet Hooda's whereabouts.

On the other hand, Meet Hooda traps Shanty's father in a drama and learns the truth.

Further, she realizes that it is he who is the real murderer of her father.

Now Meet Hooda is determined to get him punished for her father's murder.

However, Will he accept the crime so easily?

Say tuned to serialgossip.com to know what will happen further on the show.

Meet: Blunder! Not Isha's father but her father-in-law real murderer

Meet: All proof point towards Rajvardhan Ahlawat family in s...

Meet: Shocking! Meet's efforts in vain Isha walks away with Shanty as his wife

Meet: Oh No! Shanty push Meet down the cliff

Meet: Shanty decide to end the proof along with Meet Hooda ...