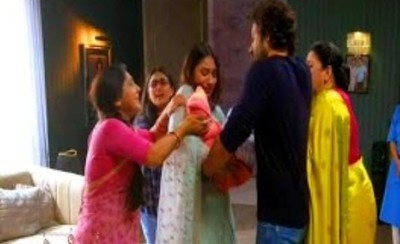 It is seen that Soumya deliver twin boys and Armaan is overjoyed.

However, Soumya refuses to go back with Armaan after knowing about his infidelity.

Soumya is determined to raise her babies alone without Armaan.

Armaan claims his right over the babies

But Armaan is not going to let this happen so easily.

Armaan claims his right over the babies and demands Soumya to stop overreacting.

However, this time Soumya is not going to forgive Armaan and this leads to huge drama.

Shockingly, Armaan agrees to Soumya leaving the house but refuses to handover the babies to her.

This is a shocker for Soumya and she decides to get her babies custody the legal way.

Now Armaan and Soumya will be seen face-to-face at the court.

Will Soumya be able to get the custody?