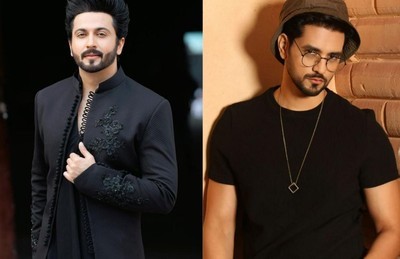 It was earlier seen that Karan turns a bit suspicious about Rishabh and Preeta's realtionship.

Situations make him see Rishabh and Preeta wrong where at the end he feels like the couple tried to kill him so that they can unite in love and marriage.

Now Karan is pushed to death where poor Karan gets attacked by crocodile and his face gets completely ruined.

Post Karan will be seen with new face and here Shakti Arora marks his entry in the show.

Shakti Arora is a most popular face in telly town and liked by many as he has huge fanbase too.

Kundali Bhagya: Karan-Preeta's divorce, Rishabh to lead the story next?