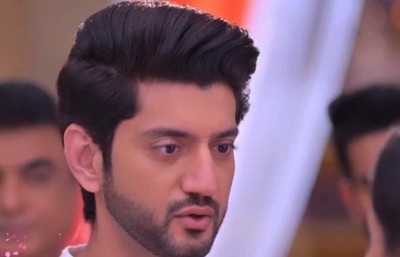 Colors' tv popular show Muskurane Ki Wajah Tum Ho is all set to grab the viewer's attention with its spicy and dramatic storyline in the upcoming episodes.

As seen so far, Uma worries about Katha's pregnancy truth coming out.

Meanwhile, Kabir assures Katha to not worry as he will inform his family about it soon.

However, as Katah suffers from pain during the engagement Uma sees a terrific nightmare.

Kabir tells Uma that he wants to speak about some important matter to her which leaves her worried.

Kabir further apologizes to Uma and says that he thought everything will be fine but he was wrong about it.

Kabir says that he cannot marry Katha even when he wanted to which will leave Uma shocked.

Will this really turn out to be Uma's nightmare or will Kabir call off the wedding for real? What do you think?