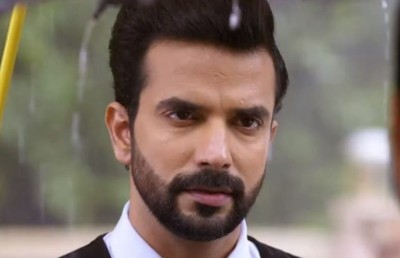 Colors tv's popular show Kundali Bhagya is all set to grab the viewer's attention with its spicy and dramatic storyline in the upcoming episodes.

In the upcoming track of the show, Anjali gets tensed that Arjun will make a wrong move.

On the other hand, Karan wants to cross all his limits to insult Rishabh.

Karan tells that he will not leave Rishabh alive and he will have only a few hours to spend time with his family.

Later, Karan meets some goons at the bar and hires them to kill Rishabh.

Rishabh meets with an accident

Karan then texts them Rishabh’s car details and informs them that Rishabh will leave his office and go to pick up his daughter from school.

The goon assures him that his work would be done and Rishabh goes to the school to pick up Kavya when a truck hits him and he meets with an accident.

Can Karan go to this extent and kill his brother?

Kundali Bhagya: Arjun takes Preeta to meet Karan points a knife at her

Kundali Bhagya: Karan hurts Preeta showing her as the 'Backstabber'

Kundali Bhagya: Karan hurts Preeta showing her as the 'Backs...