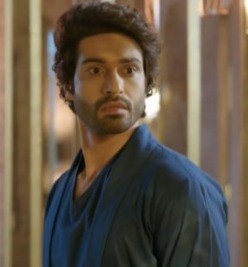 Sony TV's interesting and most liked show Mose Chhal Kiye Jaaye is gearing up for high-voltage drama and action.

As Soumya is getting all her demands fulfilled by trapping Armaan, she gets Jashn and Jahan to her house.

Further, she spends time with her and plays hide-n-seek with them in the house.

However, she is unable to find them anywhere and panics as they go missing.

Soumya gets worried for them and after searching a lot, she calls Armaan to enquire.

Further ahead, Soumya doubts Armaan's planning for the children's disappearance.

Now, Armaan has still not changed and is playing his dirty games behind Soumya.

However, it is a shocker as Armaan will be innocent this time.

Then where did the children go? Is Prisha plotting against Armaan and Soumya?

MCKJ: Armaan survive at the mercy of Soumya after flop shows