Bhagyalakshmi: Malishka and Abhay's conspiracy! Will Lakshmi gets out of jail? (Upcoming Twist) 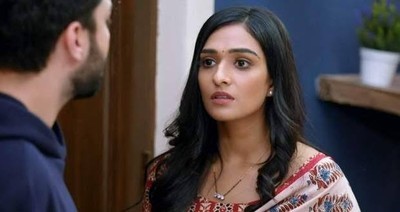 Zee TV popular show Bhagyalakshmi is gearing up for some interesting twist in the storyline.

Earlier its seen that Malishka planned to never let Lakshmi come out of jail.

Now it will be seen that Malishka and Abhay will join hands against Lakshmi.

Virendra and Rishi try their best to get Lakshmi out of jail.

Neelam was against it but Virendra didn't back off.

He visited Lakshmi in jail and promised to get her out of the jail.

Rishi along with Lawyer tried to find the real culprit.

Malishka came there to divert the investigation and made sure that the culprit escaped.

Lakshmi wondered whether Malishka was behind the incident and suspected her.

The two patients conditions got severe and Lawyer warned Rishi that if something happened them then it would be difficult to save Lakshmi.

In the upcoming episodes we will witness, Malishka will join hands with Abhay to not let Lakshmi come out of jail.

Malishka's parents will also support her in her plan.

It will be interesting to see how Rishi manages to save Lakshmi over the conspiracy.

Bhagyalaxmi: Rishi and Neelam's face-off Laxmi out of jail

Bhagyalaxmi: Rishi walks away from Neelam to help Laxmi Zee...