Bhagyalaxmi: OMG! Terrorist fire at Rishi Laxmi fail to save him (Future Story) 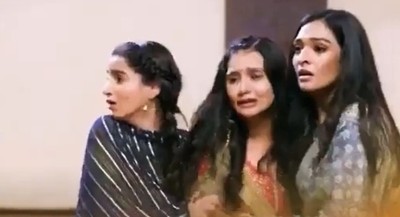 Zee TV's most liked and interesting show Bhagyalaxmi is up with high action and drama.

As per the ongoing court drama, Laxmi tries to save others from terrorists bravely.

Further, she also stands up against the terrorist for a pregnant lady.

This infuriates the terrorist and he targets Rishi to break Laxmi.

Further, everyone manages to escape the court and so does Laxmi but Rishi is caught.

Furthermore, the terrorist threatens to kill Rishi if Laxmi doesn't turn up.

However, Shaalu and Ayush stop Laxmi from going to the terrorists endangering Rishi's life.

Shockingly, the terrorist shoots at Rishi injuring him and this leaves Laxmi stunned.

Will Laxmi be able to save Rishi from the terrorist?

Stay tuned to serialgossip.com for more updates on the show.