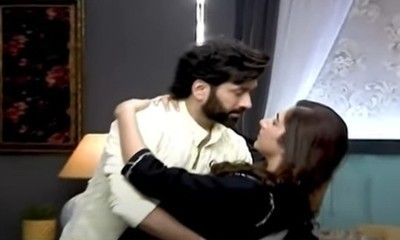 As seen, Ram demands Nandini to apologize to Priya.

Further, Ram is having his drink when Priya mistakenly drinks it and gets intoxicated.

As seen earlier also, Priya loses her sense and gets uncontrollable when drunk.

Priya is out of control

Somehow Ram manages to make Pihu sleep but Priya is out of control.

Meanwhile, Priya is about to fall when Ram holds her in his arms.

Further, they share an intense eye lock and get romantic after a long time.

How excited are you to see Ram and Priya together again?

BALH2: What! Priya humiliated by Ram for being a careless mother

BALH2: What a blunder! Ram's big surprise turns into a disaster

BALH2: Get Set for a major dhamaka on the show unmasking the evil faces

BALH2: Priya wild as Vedhika pushes herself into Pihu's life