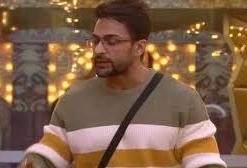 The latest buzz that is coming from the house is that Bigg Boss has given relief to Shalin Bhanot from the punishment he was given.

Earlier it so happened that during the task, in the heat of the moment, Shalin shoved Archana.

She along with several other contestants demanded his eviction from the show. While Shalin was not kicked out of the show, he did get two severe punishments. Bigg Boss announced that the actor will never be able to become the captain of the house for the rest of the season and also that he was further nominated for the next two weeks.

Now latest we hear is that Shalin has been relieved from the punishment and now he can compete for the Captaincy task.

This is going to once again change the dynamics of the house as Shalin is one of the strongest contestants.

Bigg Boss 16: Archana Gautam gets evicted due to physical vi...

Bigg Boss 16: Shocking Throw! Archana Gautam OUT of the House

Bigg Boss 16: Shocking Throw! Archana Gautam OUT of the Hous...