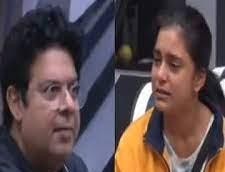 Latest promo is out where it is seen how Bigg Boss slams Sajid and also Sumbul faces the repercussions.

It will so happen that Sajid Khan decides to distribute duties amongst the housemates by going ahead with the lottery system wherein he is seen making chits and writing duties on the same.

It will be seen how Priyanka, Ankit and Gautam gets the duties according to the chits they select.

After which, Bigg Boss slams Sajid for using the lottery system saying that he cannot leave his house on mere chances.

Since Sajid Khan is the king of the house and had chosen Sumbul as his favourite.

Sumbul shifts to other room

And he is captain of the house he is spared from the punishment after which Sumbhul, who was chosen by Sajid faces the repercussions and is asked by Bigg Boss to shift the luggage and go ahead and stay with other houseguests.