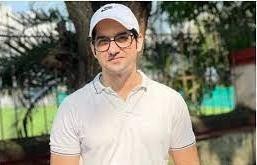 Star Plus show Yeh Rishta Kya Kehlata Hai is revolving around Kairav trying to gain his confidence back.

It was earlier seen that Manish is trying to get Kairav back to work and become responsible for his action.

Shockingly he will fail to deliver an important assignment on time and hence his business associates will come and starts shouting at him.

Kairav will get tensed and will try to run away from the problem.

Vansh will try to help Kairav but Manish will not allow him to do so as he feels that Kairav has to learn to fight his own battle.

Kairav will be seen putting up a strong attitude and deals with his business problem.

Kairav gets confidence back

Manish along with rest of the family will be happy that Kairav is finally able to stand on his own feet.

Will Kairav be able to make his family proud or not?

Keep watching this space for more such news and updates.