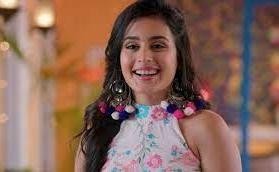 Rumour mills have it that the show is gearing up for a generation leap post which Nakuul Mehta and Disha Parmar might be eased out of the show.

We broke the news about actress Niti Taylor being roped in to play the lead role in the show.

A few days back, it was reported that actor Randeep Raii will play the male lead in the show.

Now, the buzz is that things between Niti and the makers couldn’t materialize and now, they are considering casting Rhea Sharma in the show.

Rhea steps in as new Pihu

A source close to the project revealed that Rhea stands a bright chance of bagging the project.

BALH2: Ram misunderstand Priya for her secret meeting with Lakhan