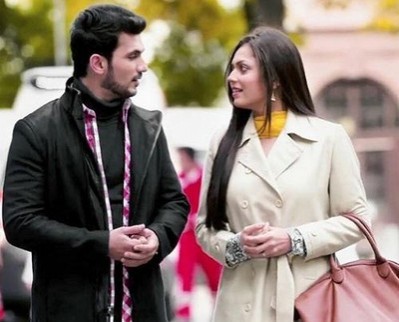 The upcoming episode of Pardes Mein Hai will show that Naina wears shorts dress on her first date with Veer.

But Veer sends Raghav for date which makes Naina upset but Raghav makes her relax.

Both Raghav and Naina share a good time in which Naina also gives a rose to Raghav as he is special for her in the foreign country.

Niana’s happiness did not go longer when Veer gives a contract paper to Naina in which written as if they face any complication in their marriage then Naina will have no right on his property.

Naina gets angry seeing contract marriage paper and bursts out at Veer for making marriage a joke.

Naina bumps with Raghav and broken down seeing him recalling Veer’s world.

Will Raghav insist Naina to get married with Veer?

PMHMD: Sanjana to prove Raghav and Naina affair in front of Dadi