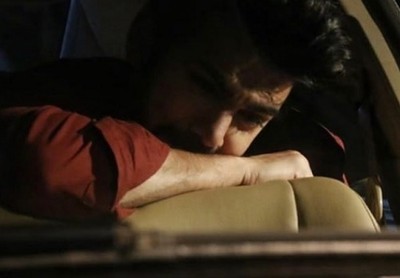 The current episode starts with Sumit Rohit and Suman’s major confrontation where Sumit reveals entire tuth about how Rohit always heled Sonakshi and saved her not him.

Here Pari takes pillow and tries to suffocate Tanya compelling she will take away her Rohan that suddenly Tanya wakes up from her scary nightmare and shouts.

Rohan hugs Tanya and consoles her while he takes care of her.

Tanya confesses Pari will kill her baby and will take away him from her that Rohan shouts enough.

Rohan shouts her baby is safe and Pari didn’t came while Veena comes and yells at Rohan while ousts him from the room.

Suman questions Rohit’s helplessness when he loves Sonakshi so much while Rohit confesses about how he had been living a painful life without his Sonakshi.

Suman apologizes to Rohit and they both get emotional hugging each oher.

Rohit promises to bring Sonakshi back while Sumit also consoles her.

Sumit and Rohit rush to find Sonakshi that Rohit gets Ajit’s call.

Rohit breaks down in tears and cries after not being able to find Sonakshi.

Ajit motivates him while Rohit asks him to keep eye on Nishi.

Here Veena slaps Ajit and scolds him for talking rudely to Tanya.

Veena breaks down at how her both sons Rohit and Rohan hurt her.

Nishi overhears Ajit, Veena and Rohan’s confrontation where Ajit defends Sonakshi and proves her innocence where Rohit still loves her and he ousted Sonakshi just because of Veena.

Ajit reminds Veena that Rohit sacrificed his love and life for Veena while he requests her to support Rohit while he also reveals that Sonakshi is not infected but she is still sent to camp.

Veena curses Sonakshi calling her curse for her family and her sons.

Here Suman leaves home to meet someone who can reveal Sonakhi’s whereabouts.

Rohit is worried for Sonakshi that he forgets to wear mask while attending super virus patients.

Suman meets tantric where the tantric reveals about the dark place and big room where Sonakshi is kept.

At the same time, some woman is taking food for Sonakshi.

Suman is worried while tantric elaborates the situation and place, here the woman unveils her face and is revealed to be Veena.

Sonakshi is shocked seeing Veena and recalls how she got her kidnapped.

Pari calls Suman and is shocked knowing she is with Tantric while here Veena reveals the truth to Sonakshi.

Veena reveals how she learned that someone was trying to change her blood reports and she kidnapped her because she is not infected with super virus but someone is trying to prove her infected.

Sonakshi compels her to leave her but Veena gets doctor to give injection to Sonakshi.

Veena reveals how Rohit kicked her out from Sippy house but not his heart.

Rohit seems infected with super virus while the police caught the person who kidnapped Sonakshi.

Rohit gets admitted reminding Veena that the fate with unite him and Sonakshi as he is about to die.