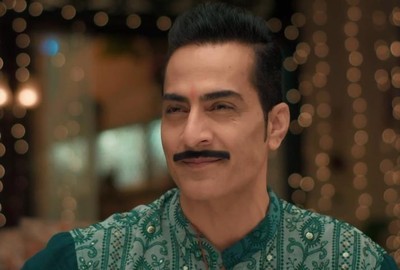 The latest episode of Star Plus Anupama begins with Raksha Bandhan in Shah and Kapadia Parivar.

Samar thanks Anuj for funding his dance event where she decides to work much hard and return the money to Anuj.

Anuj asks to maintain the secret where Barkha overhears the same.

Barkha wants to hear a decision of Anuj soon and then take some decision.

On the other side Vanraj gets much upset and his entire family goes to Kapadia House.

Pakhi is stopped by Vanraj and Baa where she takes her foot back.

Baa is ready to insult Pakhi and stop her.

On the other side Anu is waiting for Nanu Papa.

After all Pakhi also comes there when Anupama begins her insult drama with Pakhi.

At the end little Anu asks Anupama to let Pakhi come inside and celebrate the festive.

Anupama allows Pakhi in her house no forgiveness

Anupama allows Pakhi in the house but has not forgiven her.

Back home Vanraj is waiting for his family but he is all alone.

When everyone comes home late night Vanraj feels much angry and confronts all.

Further Vanraj asks for sweets and starts stuffing in his mouth which is made by Anupama.

Anuj gets bed ridden and Anupama is determined to get him back to normal.

Anupama: Vanraj throws Bediya on Pakhi with her best foot forward towards Anupama