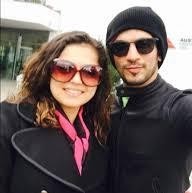 The episode starts with Sanjana trying to pounce upon Raghav.

Dadi and Pam starts misunderstanding Raghav and Sanjana too blames upon Raghav.

There is a flashback seen in which Pam is seen messaging and informing Sanjana that dadi is coming to Raghav’s room and that’s why Sanjana has to pounce upon Raghav.

Pam and uncle start shouting upon Raghav and ask dadi to shout upon Raghav.

Dadi starts hitting Raghav with dadaji’s stick and tells Raghav to get out of house or else dadi will give Raghav to police.

Raghav goes out of house and is walking on streets.

Pam is giving Sanjana medicines and Sanjana wants to go to sleep.

Pam and Sanjana start talking about Raghav’s getting out of house.

Naina is very happy with the way Naina’s job is going on and she shares the happiness with Chanchal.

Chanchal smartly takes away Naina’s money and keeps it with her.

Dadi comes to Raghav’s room to check upon Raghav’s condition.

Raghav asks for forgiveness amid dadi and dadi walks out of Raghav’s room without saying a word.

Chanchal and Rajeev are talking that Naina is very much of use as Naina gives all the money in Chanchal’s hand.

Rajeev gives the news to Chanchal that Rajeev’s job is taken away by his job.

Chanchal starts shouting upon Rajeev to which Raeev says that whatever Chanchal will say Rajeev will be ready to do.

Raghav is sitting at the park bench when suddenly Raghav looks at his mother’s photo in his wallet and starts talking to the photo.

Raghav cries and says that today dadi has also kicked Raghav out of house and wipes off Raghav’s tears.

Raghav says that today Raghav is feeling that Raghav has become orphan today.

Raghav again walks on the streets and cribs that where will Raghav go as dadi and Mehra family will go.

Raghav is about to dash to a speeding car as Naina saves Raghav’s life.

Raghav says that we both have been met so many times yet we are strangers for each other.

Naina looks at Raghav’s wounds and says that this could be a fracture.

Raghav is moving as Naina stops Raghav and tells him to sit as Naina bandaids Raghav’s hand.

Raghav says that Naina is a walking doctor and Naina tells that Naina’s mother have put everything in Naina’s hand bag before coming to Austria.

Raghav also gets sad as Raghav remembers Raghav’s mother all of a sudden.

Its raining and Naina's mother goes to market to take sweets and she is planning to send some sweets to Amit's mother's place.

Naina's mother talks to someone in market regarding Naina and Amit's marriage just that the lady says that Amit has married some foreigner and shows Naina's mother a photo of Amit and his wife.

Naina's mother could not say a word and starts walking home being sad.

Naina keeps talking about her mother amid Raghav and also doing dressing to Raghav's hand.

Naina says that her mother says that if we eat sweets our mood gets well soon and shares a sweet with Raghav.

Naina gives a open chocolate to Raghav and watches Raghav eat the chocolate and smiles.

Precap: Raghav and Naina are talking and Raghav introduces himself as Raghav Mehra to Naina to which Naina gets shocked.

Naina (Drashti Dhami) goes against her family to save Veer f...