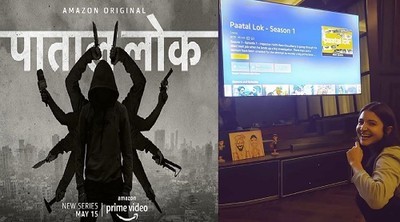 Streaming now Amazon Prime from May 15, 2020, Paatal Lok is a complete package of thrill, mystery, supernatural twist, underworld crime story and much more drama and horror.

Paatal Lok is released on 15 May, 2020 on Amazon Prime during the lockdown due to pandemic Coronavirus COVID-19 and the web series is getting positive reviews while making it the big blaster of Amazon Prime.

Keep reading Serialgossip.com for the very first updates of entertainment.