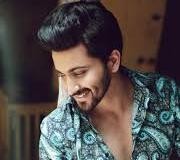 Dheeraj has been at his house since 45 days and now he feels he needs to return back to work.

During the lockdown he got time to speak to his Kundali Bhagya co-stars which was not possible during the working hours.

Dheeraj Dhooper is waiting to return back to the sets soon and also reveals that production house should fix a stay for them so that travelling can avoided and everyone can remain safe.

On the other hand Dheeraj Dhooper made sure that he cooked for his lovely wife Vinny Arora.

Also he enjoyed watching mythological shows for some time but he feels these shows comeback is good for elder people and senior citizens where younger generation longs for fresh new shows.

We wish to see Shraddha Arya and Dheeraj Dhooper back onscreen united in love as Karan Preeta.

Till then keep reading serialgossip.com for more updates.

Kundali Bhagya: Foolish Preeta once again decides to save Karan from Mahira

Kundali Bhagya: Foolish Preeta once again decides to save Ka...

Kundali Bhagya: Preeta curse Karan wants him to marry Mahira and move on