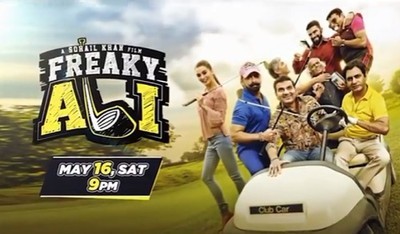 Bollywood Bhai Salman Khan is back with another entertainment news for his lovely fans.

Taking to the Instagram, Salman Khan posted a video which is the trailer of movie Freaky Ali (2016).

The World Television Premiere of Freaky Ali is going to hit the screens of &TV pictures today where Salman Khan shared the news with the fans.

The film is produced by Sohail Khan where the film is the story of a debt collector Ali.

The film released on 9 September 2016 and is a comedy, romantic and sports centric movie which makes it worth watching.