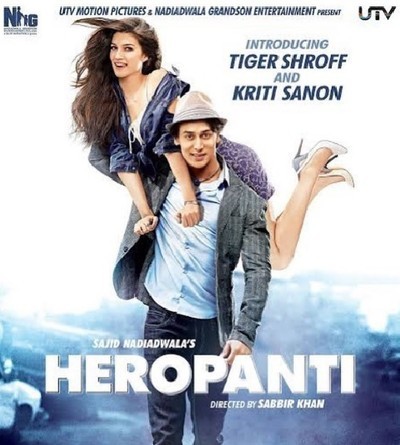 Actress Kriti Sanon who made her Bollywood debut with film Heropanti is reminiscing her old days while celebrating the 6 years oh Heropanti.

Actor Tiger Shroff and Kriti Sanon both made their debut with Heropanti where fans are posting anniversary messages and posts for the actors.

Kriti Sanon getting overwhelmed recalling her 6 years back moment posts the poster of Heropanti in her IG feed.

While captioning the post she says, This was my first ever bollywood poster that released...and the feelings was surreal. I Woke up earlier than usual and jumped out of bed and ran out to see the front page of the newspaper!! From that day and till now... I'm living her dream!!

Kriti Sanon also thanks the makers directors producers of the movie for bringing her into the magical world of movies.

Kriti Sanon getting new haircut from her sister Nupur Sanon ...

Kriti Sanon's kritical cooking Khow Suey is all you will cra...