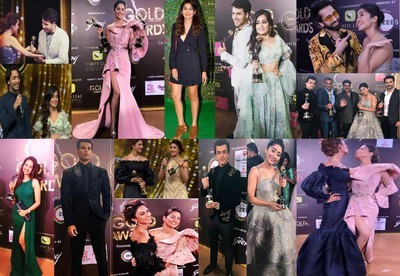 White Leaf Entertainment 12th Gold Awards 2019 is finally there…and here we have posted the detailed update of the Award Ceremony.

Among all, Hina Khan stayed in limelight as she bagged four awards in 12th Gold Awards 2019.

Hina Khan won Best Actress in Negative Role, Television Personality of the Year, Fit Actress of Television, and the fourth award she won for her Cannes appearance.

Our hearty congratulations to all the actors of Indian Television.

Follow our page serialgossip.com for more exciting and latest updates of TV Town and Celebs.