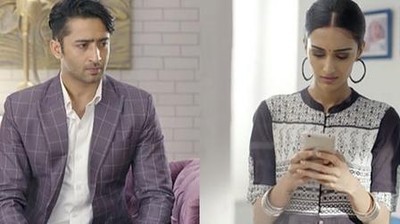 Dev and Sonakshi are already worried and doubting their decision of swapping parenting roles as Suhana fails exams.

Further, they are shocked to know that Golu had stolen money from Vicky’s wallet.

However, big bombshell is yet to come, as it will be seen that Golu will be trapped by one of the worst life threatening reality of today i.e Blue Whale game.

It will be seen that Golu has completed all the challenges and will move ahead which will lead him to commit suicide.

Just in nick of time, Suhana will tell Dev and Sonakshi about Golu playing the game on mobile.

Will Dev and Sonakshi be able to save Golu?

Upcoming episode is a must watch for all the parents as it will be an eye opener for parents of mobile addicted children.

Keep tuned to get further updates.