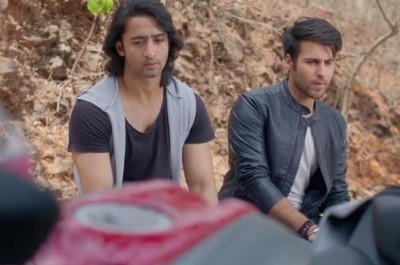 In the upcoming twist of Star Plus show Yeh Rishtey Hai Pyaar Ke loyal viewers will get to witness shocking twist as Kunal gets determined to separate Abeer and Mishti.

As per the ongoing storyline, it is seen that when Kunal comes to know that Abeer and Mishti are together he gets restless.

Kunal gets ready to meet Abeer and Mishti to keep them away.

Kunal has always misunderstood Mishti and feels that Mishti is influencing Abeer in wrong manner.

Hence Kunal by hook or by crook wants Mishti out of Abeer’s life.

However Kunal is still unaware that Abeer loves Mishti.

Will Abeer unfold his real feelings for Mishti before Kunal first?

Abeer and Mishti to find about Kunal's birth identity in Yeh...