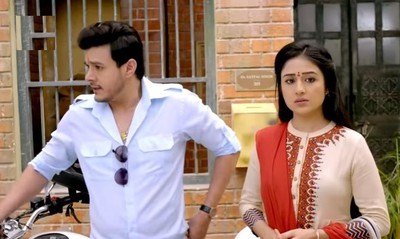 It was earlier seen that Haunam and Babita were happy to get settled and married.

While the duo starts facing talks from society people where men taunt Babita for trying to fulfil her pleasure post marriage.

During the haldi rituals society women enlighten that Babita should get her daughter married while she herself is getting married.

Mini decides to take stand for Babita and Hanuman’s relation

Panditji too taunts Hanuman and Babita for getting married at an older age.

However Mini dislikes the taunts and decides to stand up for Babita while this time Babita stops her.

Will Hanuman and Babita still get married sideling the society talks?

Keep tuned to serialgossip.com for more updates on Patiala Babes.