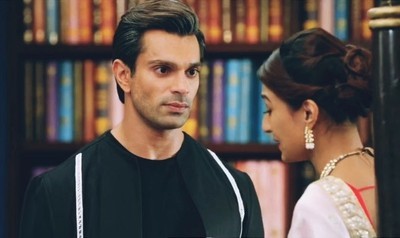 It seems Sharda is not going to let off Bajaj and Prerna in the daily soap opera of Star Plus, Kasauti Zindagi Ki 2.

The current story of Kasauti Zindagi Ki 2 is revolving around Anurag's fight with life and death while Prerna making efforts to save him.

Bajaj and Prerna unite. After all, Prerna made a promise to return back to him and take over Sneha's responsibility.

However, Sharda is unable to digest Bajaj and Prerna's such peacefull relationship as she wants to separate them.

Sharda and Tanvi get a big clue of how Bajaj planned Basus destruction, not to marry Prerna.

Nothing will go easy for Prerna as a new problem is coming in her way.

Sharda will use Bajaj's secret against Bajaj and Prerna's relationship.

Sharda wants to create ruckus in Prerna and Bajaj's relationship.

Let see if Sharda will succeed in her evil motives.