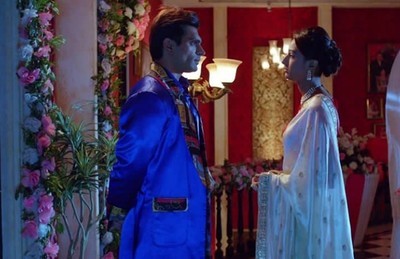 Star Plus daily soap Kasauti Zindagi Ki 2 is seeing a crucial track in the ongoing story where Anurag filed FIR against Mr. Bajaj.

Anurag has claimed that Bajaj intentionally hit him with his car and tried his best to kill him dead.

Prerna is stunned to know the reality but at the same time she cannot deny her responsibility Bajaj and Kuki.

Prerna will remind Bajaj of her deeds where he tried to hurt that man to whom she loved selflessly and sacrificed her entire life for him.

Bajaj will surrender himself as Prerna wants him to bear the punishment of his deeds.

However, as soon as Bajaj will get arrested, Prerna will decide to prepare for his bail.

Bajaj will refuse to get bail while Prerna wants Bajaj to get released from jail as Kuki needs him.

Where Bajaj's stubbornness will piss off Prerna, Prerna will turn more protective towards Bajaj.

Let see how Prerna will get Bajaj out from jail and what will be Anurag's next step.

Stay in touch with serialgossip.com for more fresh updates and latest news.