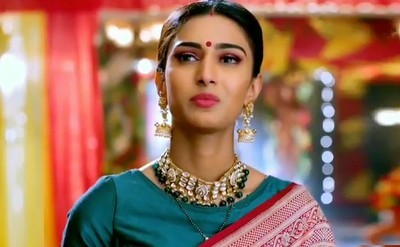 Kasauti Zindagi Ki 2: Prerna gets her hands on Bajaj's filthy game with Anurag

The exciting storyline of Star Plus TV Serial Kasauti Zindagi Ki 2 is going to see an intiriguing track.

Bajaj and Anurag's fight for Prerna will now take troll on Prerna.

Prerna will get in a drastic trouble after realizing about how Bajaj planned the fire attack on him and later, trapped Anurag.

Prerna will finally fetch the truth. However, Prerna will not take her action such quick.

Prerna and Bajaj's face off

The truth revelation will leave Prerna in a dilemmatic situation.

Although Bajaj and Prerna are Prerna's responsbilities which she herself took,

It will be quite interesting to watch what will Prerna do next after learning Bajaj's conspiracy against Anurag.

Till then stay tuned with Serialgossip.com for more updates and latest news of daily soap operas.

Kasauti Zindagi Ki 2: The final war begins amid Anurag and B...