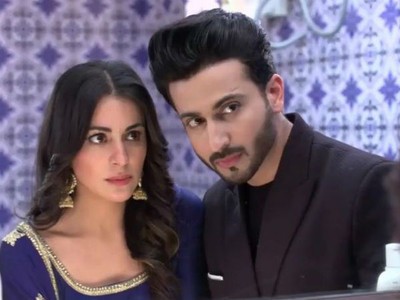 It was seen that how one of the goon touched Preeta where Karan gets furious seeing all this and beat the goons brutally.

However where further after all this Karan saved Preeta from bomb attack and on time gets her treated in hospital.

At this point Preeta get shocked eyeing Karan love for her where Preeta gets mesmerized with Karan’ action.

However where further amid all this Preeta and Karan shares sweet moments with each other while owing to which Prithvi gets furious.

What will be Preeta’ move after Karan’ love?