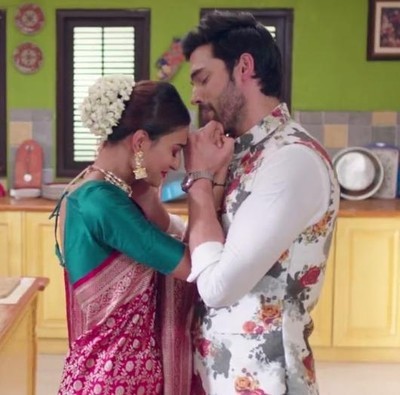 It was earlier seen that Bajaj gets mad in anger where he wants to get Prerna in his life by hook or by crook.

Bajaj wants to get rid of Anurag forever where he tries to kill Anurag and end his chapter forever.

Prerna comes to know about Bajaj’s mad step and rushes to stop him.

In the interim Prerna confesses her love for Anurag which leaves him overwhelmed.

And Bajaj’s plan backfire and Kuki gets injured when he tries to attack Anurag.

Bajaj realises his mistake and unites Anurag and Prerna forever.

Anurag and Prerna gets united where the duo gets very happy.

But Anurag and Prerna’s this happiness is short lived as Komolika is all set to creates new chaos in their life.

KZK 2: Bajaj gives divorce to Prerna breaks down to sacrifice his love for Anurag Prerna