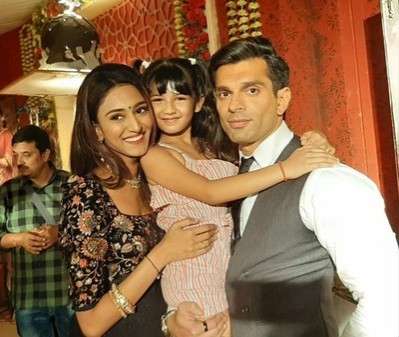 The popular TV Series Kasauti Zindagi Ki 2 is on the verge to see a biggest turning point in the storyline.

Bajaj has decided to free Prerna from the unwanted relationship of marriage.

In between Kuki meets with an accident while trying to stop Bajaj from hurting Anurag, Bajaj takes a big decision.

Bajaj has decided to divorce Prerna and unite Anurag and Prerna.

But along side this, actress Ria Narigara is leaving the show.

The character is finally leaving the show. The child actress spent her last day with the cast of Kasauti Zindagi Ki 2 where she also shoot her last seen.

Let see if Bajaj is really going to leave Prerna.

KZK 2: Bajaj gives divorce to Prerna breaks down to sacrifice his love for Anurag Prerna