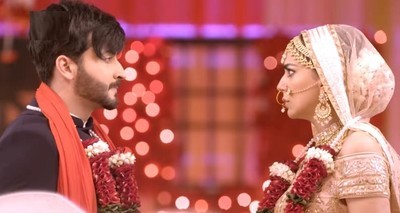 It was earlier seen that Karan and Preeta gets married where Preeta falls in Karan’s trap.

Karan gets Preeta trapped in love but later abuses her love leaving her shattered.

But Preeta decides to continue with her marriage.

Now Kareena comes to know that Mahira loves Karan and wanted to marry him.

Kareena any which ways never liked Preeta and wanted a rich girl for Karan.

Karan too agrees to marry Mahira just to make Preeta jealous and shatter her all the more.