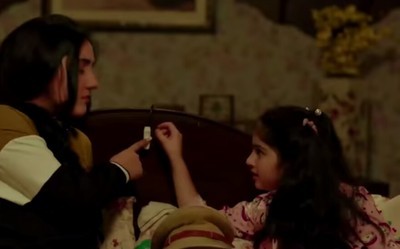 This leap twist will be of five years and show all new scenario, Minni will have a sister Chutki.

Hanuman and Babita has a daughter Chutki and now Minni has a sister and thus it's a new beginning for her as well.

Minni and Chutki's perfect sisterhood jodi will be shown where they fights against each other.

Minni and Chutki fights but also cares for one another and Minni is like a mother figure for Chutki.

Minni takes care of her little sister Chutki like a mother and thus it's a new beginning of life for Minni as well.