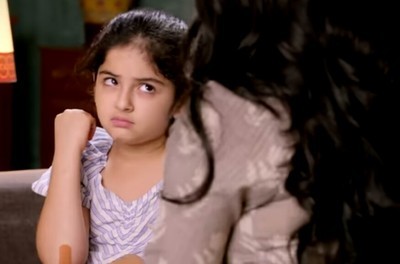 Minni is now with Arya although she don't want to keep any relationship with her past.

Minni wants to return back in her life and here Arya throws her tantrums.

Minni can see Babita's childishness and Hanuman's smartness in Arya and is amazed.

While here Minni tries to go away but had to stay back out of pressure and responsibility but sooner or later Arya's cuteness will win her heart.

Will this tragedy make Minni and Arya get closer, stay tuned for more exciting updates of the upcoming episodes only on serialgossip.com