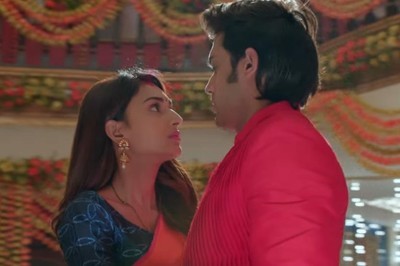 It was earlier seen that Komolika challenges Prerna that she will marry Anurag before entire society.

Prerna accepts the challenge where Anurag gets ready to fill Komolika’s hairline.

Prerna gets restless but plays a trick where destiny brings Anurag and Prerna close.

Komolika plans to get Prerna killed

Later Komolika fails to digest the same and hence hires a man to leave a live wire so that Prerna steps on it and dies.

Prerna fails to notice the live wire and steps on the water.

It would be really interesting to see if Anurag as usual be able to save love of his life.