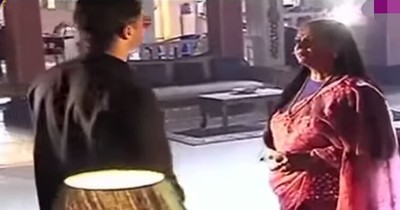 Mishti is back in Abeer's life and they had swimming pool romance moment and how Mishti tries to ignore him.

Abeer is all in tears and drives car rashly and returns home, here Meenakshi sees Abeer.

Meenakshi questions Abeer as how was the meeting and how he got wet and Abeer ignores her.

Meenakshi can see that Abeer is tensed and worried and tries to talk to him but Abeer avoids him.

Abeer doesn't tell Meenakshi about Mishti and don't want her to know about her.

Abeer very well knows that he is separated from Mishti and it is all because of Meenakshi.