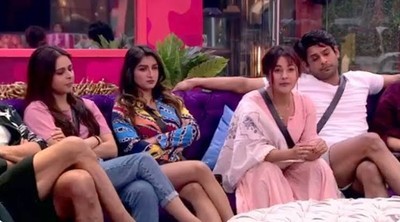 Colors most controversial reality show Bigg Boss 13 is gaining much popularity among the audience.

The show has got an extension of five weeks and gaining good trp's and it's all because of the fight and drama that are going on.

Rashmi had been seen mentioning at many moments that Siddharth Shukla is shown in good light.

Rashmi, Asim and Arhaan were talking how camera men doesn't see what all Siddharth Shukla is doing.

Rashmi, Asim are always pointing that the show has favorism towards Siddharth and they will be shown wrong.

Salman Khan thus takes Rashmi Desai's class on this weekend ka vaar and will ask Rashmi to leave the house if she thinks so.

Salman Khan asks Bigg Boss to open the door and let Rashmi leave, what more dhamaka is awaited this weekend.