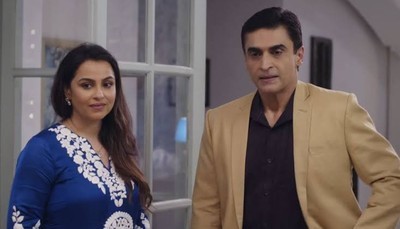 Star Plus popular daily soap Sanjivani 2 is gearing up for new twist and turn.

Sid and Shashank's life is going through major turmoil and situation is going to turn worse.

Sid and Ishani were trying to find reason of Vardhan's revenge and anger against Sid.

Sid thus gets to the shocker of his life, this is Shashank's father truth comes infront of her.

Shashank's father truth shocks Sid as Shashank is the person whom he loves the most and he hates his father to the core.

Sid hates his father as he left his mother when she needed him the most, while now he is left in shock.

How will Sid and Shashank react to it and what more drama and dhamaka is awaited ahead.

Sanjivani 2: Sid's mother to finally unfold Shashank being his father

Sanjivani 2: Sid falls in Vardhan's trap Ishani out of coma

Sanjivani 2: Asha walks out with ultimatum to Vardhan