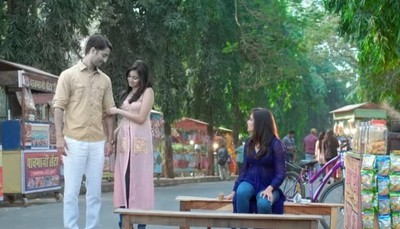 It was earlier seen that Mishti gives up on Abeer’s return and decides to make a new start.

On the other side Abeer decides to return back and win his love Mishti keeping Meenakshi’s words aside.

Abeer gets ready in his traditional look where he met Mishti for the very first time.

Abeer makes his stunning entry with dhol while Mishti comes downstairs for her Gordhana with Nishant.

Will Maheshwari’s forgive Abeer and accept his back for Mishti?