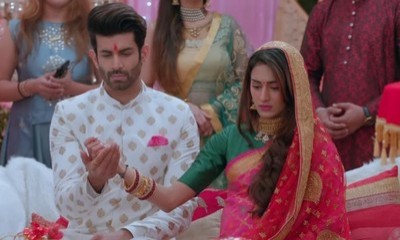 Star Plus show Kasauti Zindagi Ki 2 will showcase interesting twist and turn in the upcoming episode.

It was earlier seen that Viraj gets inclined towards Prerna.

Further Viraj talks to himself and thinks how can he fall for Prerna so soon as he met her only for couple of times.

On the other side Viraj thinks of his bitter past story where he lost his wife and son.

Viraj wants to move on in life with Prerna

Viraj thus wants to move on in life with innocent Prerna seeing her honesty and truthfulness.

Now it would be really interesting to see if destiny gives Viraj chance with Prerna to move on in life.

Will Prerna give this chance to Viraj?

Or will Prerna get stick to her love Anurag?

Let’s wait and watch for the upcoming twist in Kasauti Zindagi Ki 2.

Kasauti Zindagi Ki 2: Viraj's one sided love for Prerna gets dangerous for Anurag

Kasauti Zindagi Ki 2: Prerna force self on Viraj only to trigger Anurag's memory