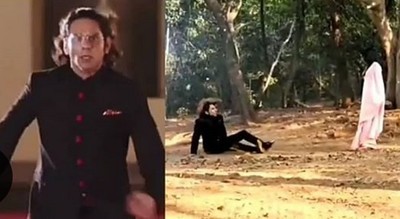 Colors top TV show Naagin 4 has finally brought the moment when Brinda will make her first war on the evil Parikhs.

Soon when Brinda has married Dev and made her entry in the Parikh family, she turns to detroy them.

Meanwhile Madhav gets to see Brinda in Naagin avatar.

Thus before he could expose Brinda, Brinda attacks him.

Madhav’s death to shaken the Parikhs

Further Brinda will take her Naagin avatar and will brutally kill Madhav.

Madhav’s death will shake the Parikhs world after all Vrushali and the family members will get scared of if Naagin is back.

Let see how one after other Brinda will kill the Parikhs taking her revenge.

Stay tuned with the latest updates of popular TV shows and Hindi serial at the entertainment news website Serialgossip.com

Naagin 4: Brinda turns more deadly to save her sister from villainous Vishaka