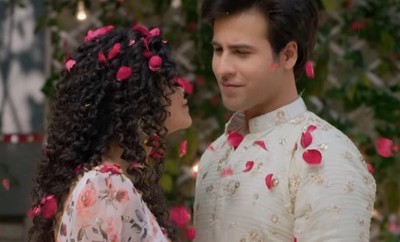 Shocking twist lined ahead for Kuhu and Kunal in the upcoming episode of Star Plus serial Yeh Rishtey Hai Pyaar Ke.

As per the recent storyline it is seen that Kuhu and Kunal’s divorce drama finally unfolds before entire family.

Varsha starts crying hearing the same where Kuhu unable to explain anything blames Mishti for the same.

Kuhu reveals that Kunal married her just to separate Abeer and Mishti leaving everyone shocked.

Varsha and Shaurya wants Kunal Kuhu to get divorced

Varsha and Shaurya are upset with Kunal and refuses to believe him anymore.

Varsha and Shaurya wants this divorce to happen at any cost post knowing Kunal’s reality.

What will Abeer and Mishti do to save this marriage?